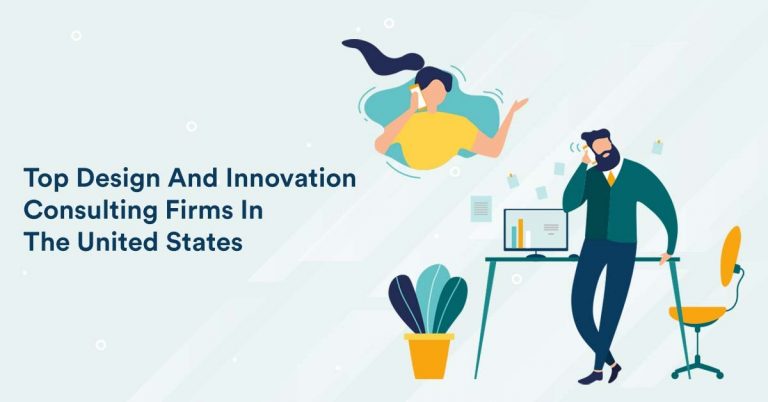 The US can be seen as a global superpower in terms of design and innovation. After all, some of the world’s best brands originate from the States. However, there are just some firms that outshine the rest and I felt that they deserved an article around them. Why? It could be due to the case studies that they have. Or it could be their work environment. Or even their unique approaches to solving problems. So with that said, here are the top design and innovation consulting firms I feel are just the cream of the crop.

A full-service digital agency with its main hub stationed in New York City, it has locations in multiple countries around the world – 18 countries to be precise. What I find cool about R/GA is that they’re laser-focused. They stay at the forefront of technology and design, and it clearly shows with clients such as YouTube and Nike under their belt.

These guys are all about user interfaces. And if you’re like me, you’ll find that sort of thing to be incredibly important. Whether you’re designing an app, or building a landing page for a sale, having good design in that aspect will come in handy. Nowadays, Fantasy even works on artificial intelligence and operating systems, and that I find pretty special.

Based in the Big Apple, Fahrenheit is all about keeping things as predictable and profitable as possible for its clients. What makes them unique is that they see innovation as a skill, rather than a talent. They flex their ‘innovation’ muscle, so to speak and they’re committed to fusing ideas with business.

As stated by these guys, IDEO “is committed to making a positive impact.” Born out a 3 company merger, IDEO is stationed in sunny Palo Alto, CA. But don’t let the simple premise fool you – IDEO is actually a quiet global power, tackling major challenges such as healthcare and education from a human-centered perspective. Quick fact: it’s pronounced “EYE-dee-oh”.

This is a creative agency that is digital first, above all things. C&T designs products, content and many other things across a wide variety of platforms. In fact, they’ve been hailed as one of the “10 Most Innovative Companies In Design” by Fast Company.

As if the name wasn’t a sufficient clue enough, Innosight lives, sleep, and eat innovation. What’s really cool about these guys is that they employ a tactic called dual transformation. What this entails is that they address short-term problems facing corporate clients while simultaneously setting them up for long-term success.

To be honest, I was expecting an actual spaceship as a logo. Anyway, the stuff that these guys have done is nothing short of astronomical. Based in Brooklyn, Big Spaceship not only does product design, but they also handle brand communication and content for their clients. And these are some stellar clients too – they include Google, Hasbro, and Samsung.

Siegel+Gale is branded in New York City. That’s simple to understand, right? As a matter of fact, that’s their whole shtick: Simple Is Smart. And it shows in their work. Did you know that they helped simplify tax forms for the IRS? I found that pretty neat. Not to mention they’re global, with global clients along the lines of Microsoft, Pfizer and Disney.

Now before you think anything, no. They’re not a school. They are, however, a creative design and production studio that creates interactive media in the form of music videos and ads. Split between California and New York, Brand New School has multiple big name clients such as Apple Nike, and Google. Speaking of Google, they were behind the launch imagery for Google’s more recent phones – I found that pretty neat.

Now, this New York firm should be legendary to every design firm out there. These are the guys behind some of the most iconic logos to ever grace media. Chase Bank? It was these guys. NBC? These guys. National Geographic? These guys too. Need I say more?

Hungry for a Happy Meal at your local McDonald’s? The ad you saw that got you hungry more than likely originated from out of the studios of Huge. Since 1999, this Brooklyn design studio has been providing a range of design, strategy and marketing services. What’s really cool about Huge is that its clientele covers roughly 20% of the Fortune 100. Now that’s influence!

It’s always shown that the firstborn of a family tend to be special, isn’t it? Well, my bad attempt at a pun aside, Firstborn is definitely a special agency. Founded in the Big Apple in 1997, they deliver first-rate services to clients such as L’Oréal, Mountain Dew and Bloomberg. Also, they recently became digital AOR for Pepsi. How sweet is that?

I found House Industries to be quite an interesting agency. They do things in a split manner – on one side, its physical design such as the usual drawing and painting. But on the other hand, they do digital design like everyone else. I find that to be quite charming.

It’s doesn’t get more old-school than Happy Cog, if you ask me. These guys have been around ever since the Internet was just a baby. And using that time, they’ve built quite a solid presence in the digital design space. I mean, they design award-winning websites for some of the biggest world brands out there!

Do you know Landor? No? Then where have you been for the past 7 decades? Landor is widely known to be one of the world’s biggest and most influential design consultancy firms. They’re also famous for their annual brand trends reports.

Very simple, no? verynice helps businesses, non-profits, and governments expand their capacity for impact through design-driven innovation. And it’s pretty cool they’ve collaborated with big-name companies like Mozilla, NASA, and UNICEF to bring that to a reality. What isn’t cool is how their name is setting off my grammar OCD signals.

WHOA is a design and innovation agency based in downtown Los Angeles, that deals in creating ideal products services and strategies that tend to win awards and bring in billions in revenue. What’s even more impressive is that they literally named the company for the GIFs and memes. And it works!

Now, this is as wholesome of a design and innovation consulting firm as I’ve ever seen. GOOD focuses on helping brands apply creativity to purpose to produce breakthrough programs and powerful stories. They know how to design winning products and campaigns. They’re rocking more than 12 million visitors a month!

We’ve all heard of MENSA, right? The IQ club that the smartest people in the world are in? Well, here’s Pensa – an award-winning firm based in New York that specializes in product design, innovation, and invention. Inventors are always a cool set of people to me.

What I like about FROG here is that although their logo is fairly simple (it’s literally just a colored square), they design exceptional digital and physical customer experiences to transform businesses at scale. That’s a mouthful!

These guys take ideas and make them real. Seems simple enough. What’s cool about them is that they’ve even had the US Air Force as a client. Something tells me that’s not very easy to do.

The Office of Paul Sahre

Okay, this just sounds like a governor’s work residence, but no – it’s a design consultancy based in New York City that since 1997, abstains from specialization in favor of a problem-solving approach that can take any form or function. Talk about adaptability!

How often can you say that you’ve been the design consultancy firm that worked with Audi? IA can. Named a “premier practitioner of immersive design” by Fast Company, IA Collaborative still places our human-centered philosophy at the core of everything we do.

Smart Design is actually pretty smart – using design as a proven strategy to augment businesses. How? By humanizing the rapidly growing complexity of technology. And frankly, that’s something I find to be pretty necessary.

Based in California, Jump is a leading strategy and innovation firm. For 20 years, they’ve helped create new businesses and reinvent existing ones. Pretty cool that they’re so into the actual framework of businesses. Design is important, but having a working body is crucial too. 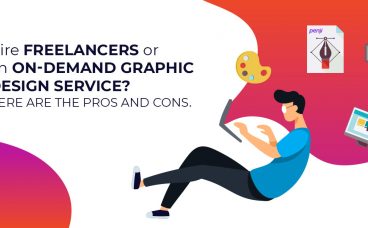 Hire Freelancers or On-Demand Graphic Design Service? Here are the Pros and Cons.

When searching online, you’ll come across thousands of options for graphic design, especially if you want to hire freelancers. However, it’s not your only option. Just a few years ago, on-demand graphic design services like Penji has been emerging into... 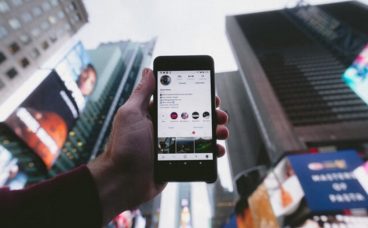 Having an Instagram strategy is important if you want to grow your follower base. Sure you can just buy ads, however, that's an expensive strategy without a strong base of followers already willing to engage with your content. In this... 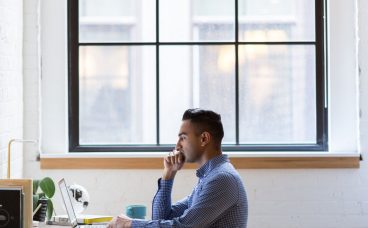 25 of the Best Marketing Agencies in Houston to Rely On

Houston is rich in history and culture. For starters, it’s the home to the Johnson Space Station, where it led some notable missions, Apollo and the International Space Station programs. Locals and visitors can enjoy Tex-Mex and try the rodeo...